Breaking down organizational silos would have avoided these 4 failures

Organizational silos are the byproducts of growth and specialization inside a company. Organizational silos, or information silos, are basically teams (not people but organizational structures) that have distanced themselves from each other and possess information that the other teams don't. In a silo, employees will have less of a relationship with the company. Instead, they are loyal to their silo and its objectives. They will learn to gradually care less and less about the company as a whole. They do not work in the company. They work in the silo. And the company is what causes problems for the silo.

The end result: Companies suffer and fail because of these information silos.

People not communicating and cooperating across information siloed departments mean that the silos act as blockages to the information flow in a company. If information is siloed away, it is like an organ that is not getting enough blood to it. It will inevitably lead to failure if the problem is not diagnosed and treated.

There are different ways a company can seal itself off internally. Habersang et al. in the Journal of Management Studies outline four different types of failure process archetypes, which are rooted in siloed departments and siloed information: imperialist, laggard, villain, and politicized.

1. Imperialist: Failure due to aggressive overexpansion 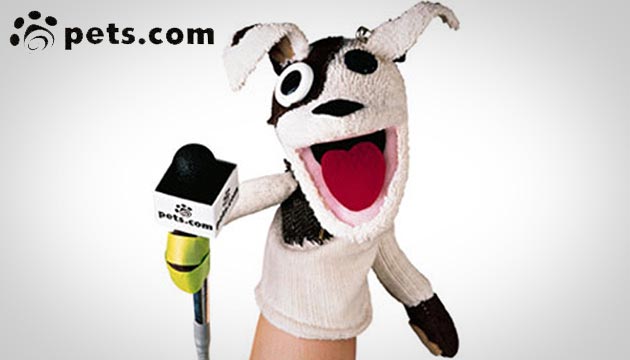 Imperialist companies fail because of an unfocused overexpansion of the firm which gives rise to conflicts with stakeholders.

The idea of an e-commerce platform for pet goods in 1999 was amazing, comparable to Amazon (which was only a bookseller back then). The difference was that Pets.com did not have the patience (or luck) of Jeff Bezos and instead ended up being one of the most famous tech bubble casualties.

Even though pre-bubble dotcom companies were largely unprofitable, Pets.com had strong sales, especially in the United States. They however overestimated how willing customers were to order pet supplies online as opposed to going to the nearest grocery store. Amazon banked on providing an easy way for customers to get the hard-to-find 'long tail' of books. Instead of going slow and steady, Pets.com was done in by an unsustainable expansion strategy. During its first year in 1999, Pets.com earned $619,000 in revenue and spent $11.8 million on advertising, for example on a Super Bowl ad campaign featuring their iconic sock puppet. To gain more customers, it was also selling goods at ludicrous discounts, approximately one-third of the price it paid to obtain the products. The business model was full of holes.

In February 2000, Pets.com IPO’d at $11 per share, and in the following November they went bankrupt and closed their doors with shares at $0.19. The company was doomed to fail because of overexpanding without focus. Like with other tech bubble companies the market was not completely ready for full-on e-commerce, so there were fewer customers than they believed. They had to sell products below cost in order to compete, and they failed to recover from their losses.

Solution: Had their leadership, supply chain, and marketing and growth department collaborated more, they could have toned down the irrational exuberance with which they were overspending and focused on the right strategy. Unlike 1999, today most of the internal strategic discussion happens on digital channels. With a proper tool, one can analyze and visualize what the company is talking about internally. You can assess what the sentiment is towards your core strategy, and if teams are aligned with it.

Other imperialist failure examples: Parmalat, WorldCom, News of the World

2. Laggard: Failure due to being too slow to adapt to the market

Laggards are stuck in their identity of being leaders, even as their dominance slips away, not being able to change a previously well-established business model that had made them so successful before.

There are several reasons why it's thought that MySpace lost to Facebook. Starting from its poorly organized interface to the often-faulty technology and applications on the site, it was clear that although MySpace had a superb marketing strategy, from the technical side they were way behind other platforms. They were pioneers in influencer marketing (remember Tila Tequila?) but they didn't have a news feed or status updates like Facebook. MySpace was cool, and attracted bands, photographers and other creative people, so the social media platform battle was theirs to lose. In 2008, MySpace was still the biggest website in terms of traffic, but Facebook had overtaken it in the number of unique worldwide visitors.

The teams who understood MySpace's market and could give input on what user experience changes were needed for the social platform to stay relevant to the market were siloed off from the technical product silo updating and maintaining it. A prime example of organizational silos in action. Suddenly MySpace noticed that their growth numbers had disappeared. They tried to expand globally into as many countries as possible, but Facebook had already taken over and was way ahead technically, in the development of their mobile interface for example.

MySpace was stuck in its identity of being the market leader, even as its dominance slipped away. While the management saw the need for change, they were not able to change a previously well-established business model that had made them so successful before leaving them eating the dust of Facebook (who might be facing a laggard situation of their own today).

Solution: Using the right innovation metrics is vital for laggards; having customer research collaborate with the product teams. First, discover if you are really solving a customer problem, if the business model works, if you have a competitive advantage and if the market is big enough. The right tools can show how organizationally siloed your teams and departments are, and visualize the lack of collaboration.

3. Villain: Failure due to isolated leadership and turning to bad business practices 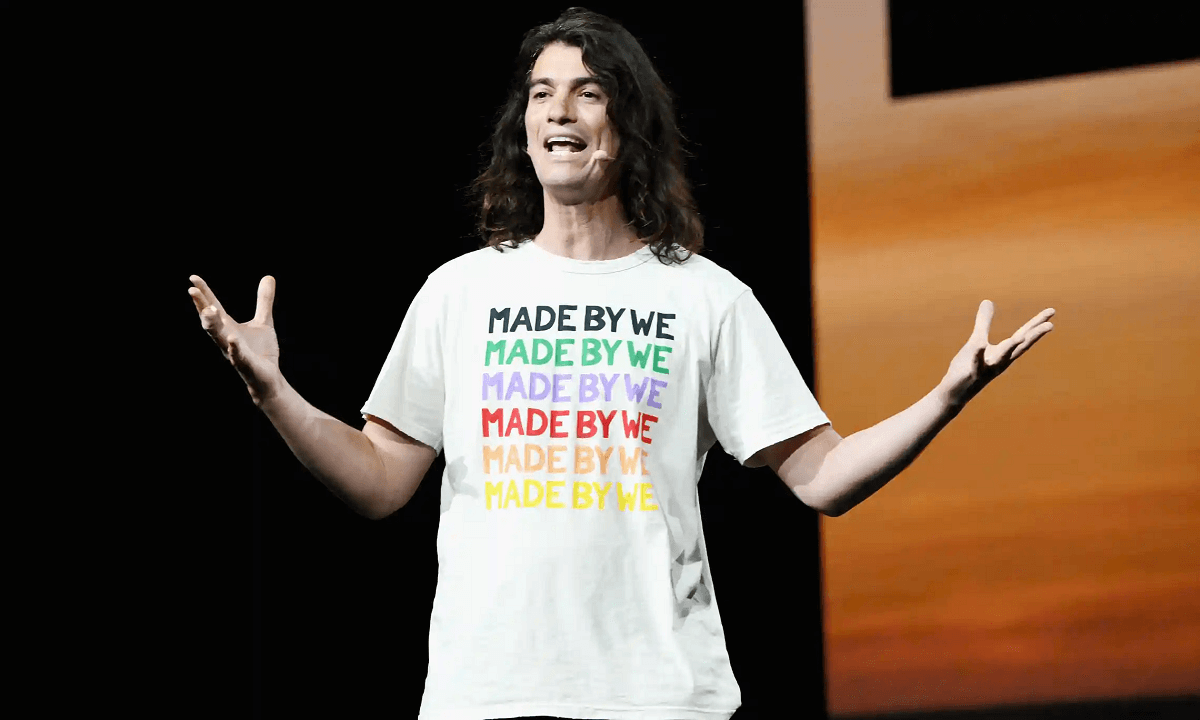 Villains are well-regarded firms, previously good corporate citizens, with ambitious goals increasingly engaged in questionable business practices. Unethical practices become routine. After the repeated discovery of such questionable business practices, these firms fail because they lose the trust of their customers and more generally their legitimacy in society. They lose their social “license to operate.”

In the case of WeWork, a charismatic, autocratic leader in the form of CEO Adam Neumann wanted to deliver, at any cost, the impressive revenue growth that venture capital investors supposedly want. WeWork was going to IPO with a $47 billion valuation, but after its business model and financials garnered huge unwanted attention, the valuation was slashed by $20 billion, Neumann left with a $1.7 billion package, and WeWork got an $8 billion bailout from SoftBank. Neumann brought the company to the brink of bankruptcy with dubious corporate governance and business practices, like leasing his own buildings to WeWork for hundred of millions of dollars and flagrant nepotism (he hired his wife as WeWork's chief brand and impact officer and as CEO of WeGrow; he also had a clause in his contract that his family was going to rule WeWork indefinitely). His reckless behavior and gross negligence were allowed to happen because of the bystander effect. Commonly the employees that know about shady business practices think they are mere observers because they are only part of their own organizational silo and thus not part of the problem. WeWork's leadership was communicating that they had to grow at all costs (creating offshoots of their business like WeGrow, WeLive and Rise by We) while staying quiet about how they were going to make the businesses profitable. WeWork promised customers that they break down physical organizational silos at their co-working spaces but in reality, their whole business was based around the finances of WeWork being in a separate information silo from the rest of the business.

Solution: If a company shares knowledge openly and empowers all of the employees to have a say in how the business is run you can alleviate the bystander effect. The best remedy to corruption is sunlight. With more transparency throughout the organization, a leader can't create a information silo of their own.

4. Politicized: Failure due to severe internal conflicts and a toxic culture. 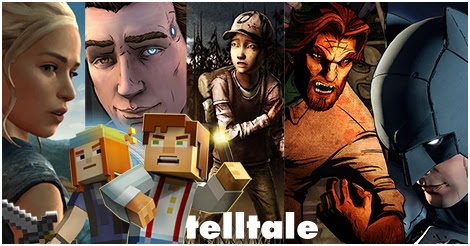 Politicized companies are muddled in “trench warfare” inside the company, which strains resources and does not allow them to innovate anymore.

Telltale Games, founded by former LucasArts employees in 2004, created narrative-driven video games that offered players the chance to shape the story as it unfolded — build-your-own-adventure role-playing brought to gaming instead of first-person shooters. Telltale was able to cultivate an impressive list of games based on beloved licenses, including The Walking Dead, Game of Thrones, Batman, Monkey Island, Sam & Max and more.

“We went from a small and scrappy team to kind of a giant studio full of 300-plus people,” says former Telltale programmer and designer Andrew Langley, who worked at the studio from 2008 to 2015. “You walk around the office, and you don’t really recognize anybody anymore.”

The studio struggled to meet the demands of launching an ever-growing slate of titles on time, a result of both specific cultural and management issues at Telltale, including poor or incoherent planning and a controlling and demanding by two successive CEOs, and the broader problem of “crunch culture” that exists at many of the largest video game developers. These issues served to create a toxic environment that ultimately affected the company’s output, as the quality of new games declined in the estimation of fans and critics and some of the company’s key employees began to depart. The company officially failed due to lack of funding but sales had diminished from its initial breakthrough, as the company mismanaged projects and its organizationally siloed teams were thinking more about saving their careers instead of creating better games.

Solution: Deploying cultural brokers who build connections across the organizational silos gets politicized teams to lower their guard and learn what employees in other groups are thinking. Turns out that when you make a conscious effort to break information silos and build a work culture of openness and teamwork, it leads to more customer-centric output. Analyze the tone of the discussion, frustration levels of teams, and information sharing thereby facilitating the breaking of organizational silos and healing toxic culture.

Other politicized failure examples: ArsDigita, Away, Chrysler and Delta Airlines

In all the above-mentioned cases, a well-timed shift in the way teams collaborated and knowledge was exchanged could have spared thousands of people distress, disappointment, and dollars. For managers, it is a never-ending game of balancing the amount of conflict that comes with free innovative interaction and the amount of rigidity needed to sustain the processes of a team. What is the state of collaboration, knowledge, creativity, and confidence in your company? Are people working in organizational silos? Visualizing and measuring the state of your organization is a good start to answering those questions.

Find out more about the Flowtrace free account below.

Discover strategies to identify organizational silos and how breaking down silos in organization can help you to improve your team's productivity.

How to manage and motivate teams during a downturn

How can you motivate a team during a downturn? It's a critical time to boost motivation and productivity for organizational results.